Latest updates from the campaign:

“The City of Carrollton officials have gone out of their way to make us feel welcome and are excited to include us in their ‘vision for the future’,” Pocket Sandwich Theatre posted on the theater's Facebook page. “We look forward to extending this welcome feeling to our employees, actors, technicians and patrons as we look hopefully ahead into the Pocket’s next chapter.”
<Read More at Dallas Observer>
Tuesday, April 13, 2021 2:19 PM

Babick received the unanimous endorsement for City Council Place 1 race in Carrollton by the Apartment Association of Greater Dallas for his transparency and stewardship of property rights - in part due to his involvement in the Transit Oriented Development of Carrollton. 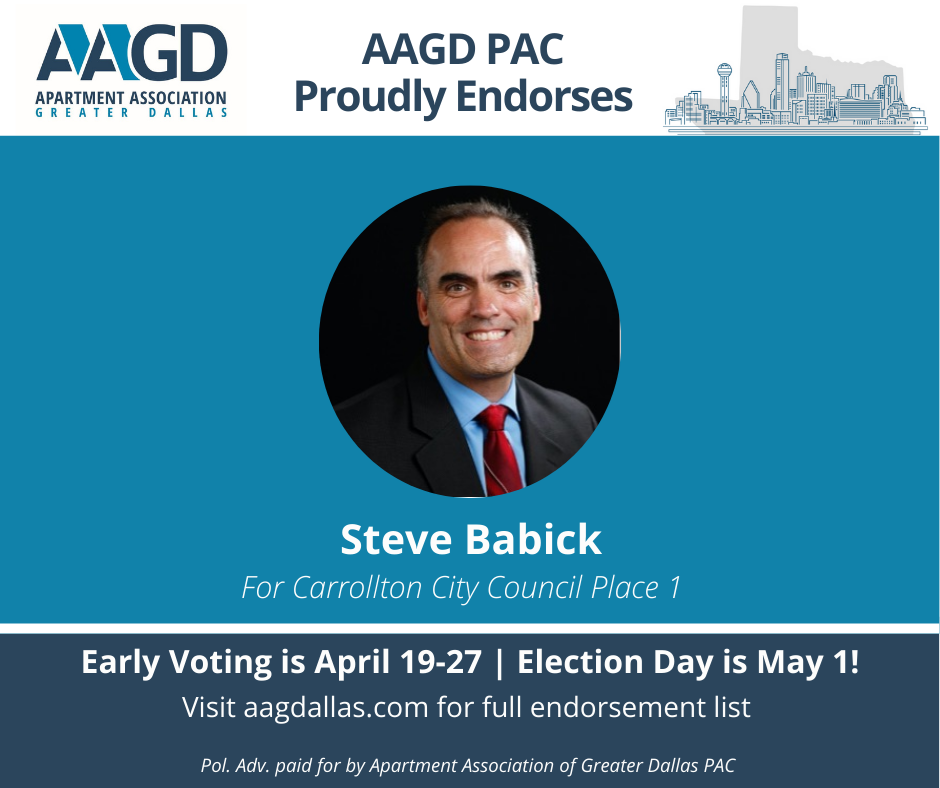 MetroTex announced today endorsement of candidates for key contested elections across the DFW market earlier this week.   "I’m pleased to inform you that your candidacy has been endorsed by the MetroTex Association of REALTORS®" said Diana Martin of MetroTex.

The Carrollton Fire Fighters Association, providing the First Responder Endorsement for this May 5th Election, have tapped Steve Babick as their choice for Councilmember, Place 1.  The Selection process includes a narrative provided by a field of 9 Councilmembers for 4 seats focused on Priorities, Vision followed by a panel interview.  The First Responder cited the following reasons: 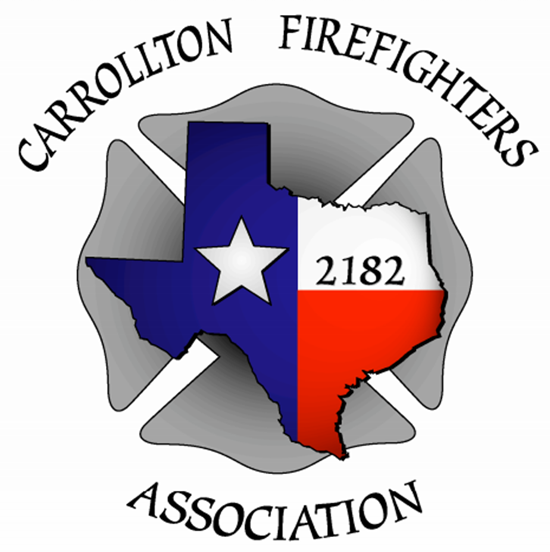 Incredible WIN for Carrollton to bring Amerisourcebergen to Carrollton, Texas with its $113M Corporate Relocation and 3,000 employees on 30-acres when completed. Thank you Billingsley Company for the Development Leadership, City Staff for all the tireless work and creativity and to the Employee's and Corporate Leadership for calling Carrollton Home with their #CarrolltonJourney - the branding they have developed internally as the excitement grows for a CY2019 move-in.

From an old Service Station to a new Architects Office.  Tour the Transformation.

Check out the record low crime stats reported for Carrollton... A Priority based on CY2012 results... Investment in Public Safety Pays Off... Keep our People, Place,s and Things Safe!

Merhants and citizens reach out to Babick to SAVE THESE BRICKS with historic significance to Carrollton... Read More.

The City of Carrollton is pleased to announce the AmeriscourceBergen Specialty Group (ABSG) development project as a finalist for both the Suburban Office Lease award category for the Dallas Business Journal’s Best Real Estate Deals of 2016...

Update on Lucky the Dog

Lucky the Dog was rescued by our Police and First Responders... here's an update

Steve Babick is full of ideas for the city of Carrollton, and if he gets his turn at the mayor’s office he plans to build on the bounty of today by keeping an eye to the future.

Babick files as Candidate for Mayor